Since last summer, our nation has been overrun with one controversial story of race relations in the US after another—specifically how African Americans are treated by white Americans. 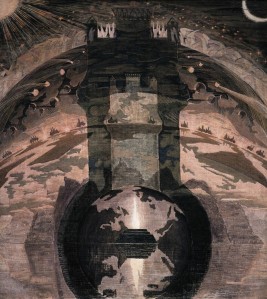 This is just a list off the top of my head. It can go on and on. Terrible and terrifying things.

In my life, I’ve never known a time when ‘race’ wasn’t a volatile subject. But it is obvious to me that in the recent months the conversation has exploded with incidents (or are we just simply listening, now?) and outrage about the brutality and injustice of being black in America.

Out of the shadows, there have been some positives to come from this litany of disgusting abuse—namely, we marked a huge milestone with the 50th anniversary of the Freedom March on March 9th.

And that, dear readers, leads me to the point of my post.

Today, is the seventh and final exact square between Capricorn Pluto and Aries Uranus—these two have been colliding in tense aspect since the summer of 2012.  This last event is the only square where neither planet is retrograde—full force, baby!

Power, authority, control smashing into the visionaries, the rebels, the trail blazers AND their ideas.

The Civil Rights Movement of the 60’s sprung up during the Uranus/Pluto conjunction in Virgo. And way back in the 1930’s, Gandhi was fighting for the freedoms of the Indian people during the Aries Uranus/Cancer Pluto square at the time the 9th planet’s discovery. (But also, the same time as the rise of the Nazis.)

So, I just wanted to point it all out and give some real world/historical examples of these two in action.

Uranus and Pluto shoving us violently ahead is how humanity moves forward—humans INSISTING on learning the hard way and all.

Above I linked to my post about the December 14th exact square—just a reminder that Pisces Chiron is there to facilitate the healing!

Below are the dates of the squares for the curious, as well as some links I came across in my research which flesh out the whole dynamic a bit more.

Finally, good WILL ultimately come of this pain. Hope will not fail us.