Many people do a lot of work around the cycles of the Moon.

From starting projects at the New Moon, to home gardening and even large scale farming, to relaxing and tying up loose ends during the Waning Moon.

It is fun and I find it helps a wee little human stay connected to the natural rythyms of the big ol’ universe.

One nuance to this work is what is called the void-of-course Moon.

This is basically the period of time when the Moon makes no more major (conjunction, opposition, square, trine, sextile) aspects with another planet before moving into the next sign of the zodiac.

Moon void-of-courses (MVOC) can last a very short time or  a very long time or somewhere in between—remember back at the Solstice/New Moon when the Sadge Moon was void-of-course for over 12 hours!?!?

Well, from my research, MVOC’s can be seen as mini-Mercury Retrogrades, where things don’t go as planned and new projects shouldn’t be started. But instead of 2-3 solid weeks like Merc Rx, VOC usually only lasts hours, though they occur every couple days instead of 2-3 times annually.

MVOC are seen as times to catch up on sleep (yes, literally) or somesuch activity that bolsters your soul—like meditation or a walk in the woods or yoga or a nice cup of tea with a friend.

Relax and let things wait til Luna moves to the next sign.

Of course, mundane life doesn’t come to a stand still because the Moon is telling you to take a nap, yeah?

Control what you can and don’t sweat the rest!!

Calendars of Moon void-of-course times for 2015 are readily available all over the internets. 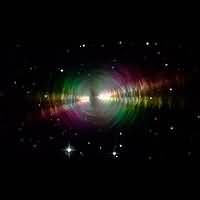 Since the next New Moon falls on 0º of Sagittarius, I am posting a fast and dirty about degrees of special consideration in astrology—of which, zero most certainly is!

Alright, let me break down some of the more common examples—

Well, there you go, folks. Short and sweet.

The upcoming New Moon is at 0º Sagittarius and on deck to be a  flexibly wonderful new start.

Venus has been mighty close to the Sun lately as they travel through Libra.  And on the 24th, she becomes what was known to ancient astrologers as cazimi. 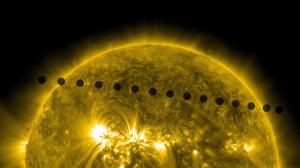 venus across the sun

So, in honor of this, I’m writing a fast and dirty about what that and similar terms mean.

END_OF_DOCUMENT_TOKEN_TO_BE_REPLACED

This whole inconjunct/opposition/quincunx (I/O/Q, for short) triad is a working theory of mine. And I reference it a lot, so I figured I better ‘splain myself a bit. 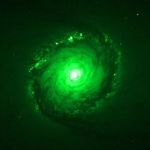 Ok.  So, why is it so compelling for me?

Well, I love the way the cosmos funnels energy across the charts. You will get the raw materials, one way or another, always. Of course, it is up to you to make it precisely what you need. That’s what I feel is going on here.

The I/O/Q cycle honors the wisdom of the number 3. It focuses on a chronological segment of the zodiac (eg. Capricorn, Aquarius, Pisces) and pumps energy that way from a big kahuna outer planet. It puts our personal, worker bee, planets in the service of the generational outer planets. Cosmic lessons of great magnitude will be available to this area.

END_OF_DOCUMENT_TOKEN_TO_BE_REPLACED

In anticipation for the upcoming grand-Fire-trine/Kite formation this October, I want to post a fast and dirty about astrology’s ‘outs’.

Well, what I mean is, sometimes the planets line up in a manner that gets a little bit tricky, little bit stressful, little bit scary, yeah?

But the cosmos always provides a way OUT.  This is a post about these indispensable tools.

All three demonstrate the functional beauty of the opposition!

Remember, the ‘out’ is triggered by either a natal planet/point, a transiting planet or another person’s planet/point through synastry.

END_OF_DOCUMENT_TOKEN_TO_BE_REPLACED

Here’s a fast and dirty about the orbs I use in my weekly forecast posts.

For the daily/weekly transit posts, I use ridiculously tight orbs—1-2° tops.

The inner planets move so fast.  They whizz in, then out of aspect to one another that the effects don’t last more than a day or two.  And, geez, with the Moon, she is only within orb for a couple of hours, she travels soooo quickly.  Of course, this can change with retrograde motion, where a planet can go over a spot 3 times (sometimes 5 for Neptune and Pluto!) in one cycle.

Now, I do feel aspects involving inner to outer planets build for maybe a week before perfection, then dwindle at a slightly faster rate.  Outer planet to outer planet, well—the energy can stick around for a good long while, simply due to their slllllooooowwww speed and retrogrades.  Those I take case by case.

I try to post 2 days before the perfection of an aspect, since I feel most folks will probably already have noticed the energy gaining strength and be wondering what the heck is going on?  I see no need to talk about something weeks in advance when it will be most certainly forgotten precisely when you are in the thick of it.   A couple days fair warning and it will be fresh in your mind when it is at peak manifestation.

More about the orbs I use in my individual chart readings as questions arise.

Oh my, Venus will be participant in three configurations involving big boy outer planets for the remainder of the week.  It is a line up of challenges and potential breakthroughs.  This is the week to attract a voracious healing to the house Venus is transiting in your natal.

So, it all starts with Chiron.  If you’ve ever doubted your attractiveness or desirability as a partner (and who hasn’t???), Wednesday the 17th, will be a gold mine for you.  Virgo Venus is opposing Pisces Chiron and this speaks to healing issues of self-esteem.

Virgo is practical, therefore this is a real chance to make heuristic alterations to how we view our worth.  It won’t feel the best to be sure but there’s a reason Venus is who she is and Chiron is who he is—have faith.   The onslaught of negative media images and inadequate cultural ideas as to what makes a woman and a man worthy is exhausting to even the most confident of us.

This hits harder for some, but we all have our doubts to work on.  Use this energy, people, to make a change, no matter how minute, toward a stronger core of armour-propre.