Mars will heed the caution of Saturn without much fuss.

But not so fast!  This doesn’t necessarily translate into a pleasant day in the real world.

If your plan is to get the bulk of holiday shopping done on Cyber Monday, this year, the heavens may thwart you at every turn.

At this time, you may find it is particularly hard to pick the perfect gift for loved ones.  Your gut will probably be telling you to move along and find something of more value.

Generally, when the God of War and the God of Time dance, there is a slowing of action.

Of the 12 zodiac signs, no others expect quality, down-to-your-toenails-quality, as do Capricorn and Scorpio. (Even mutable Virgo will ‘go with what works’ to keep the motion ‘in motion’, sacrificing excellence until next time.)

It may prove wise to simply wait until Mars moves to more optimistic Sagittarius on the 5th of December, where you are likely to get a resounding ‘yes!’ to things.

But if value is what you desire for particular purchases and your bank account will allow, then by all means use the Heavens to your advantage and keep at it. The instincts of Scorpio and steadfast Capricorn won’t disappoint. You will find the perfect whatever you desire.

Remember, it may take awhile.

Tomorrow, November 24th, Mars exacts the first inconjunct of his I/O/Q cycle with Jupiter in Leo.

This is our first opportunity to draw jovial Lion energy to the three signs in the heavens opposite Leo—Capricorn, Aquarius, Pisces. And an individual chance for us each to pull Leo strengths to the houses affected by these Martian transits.

A quincunx isn’t easy to operate—you have to think and consciously implement any revelations that pop up. But the potential is there in spades.

Traditionally with this pairing, well, Capricorn doesn’t have much in common with Leo, with the exception of the two’s penchant for wanting to be on top!

And that is just enough of a connection to get the wheels turning.

So, let’s see what the themes we are playing with look like up close and personal . . .

END_OF_DOCUMENT_TOKEN_TO_BE_REPLACED

On the day Mercury passes the Shadow degree of Scorpio, Capricorn Mars also perfects his conjunction with Pluto.

Those of us with any planets or points at the 11th degree of a Cardinal or Earth sign will feel the effects the mightiest.

Wow. At the moment, the skies are brimming with Scorpio energy!

Sun, Venus, Saturn and direct moving Mercury all occupy the sign. The former two are squaring Jupiter from Leo, which means the expansion of Solar and Venusian Scoprionic themes, while the latter pair are getting ready to conjunct on the 25th.

So, the Warrior melding with Scorpio’s ruler, Pluto, further adds to the Fixed Water motley crew of the current heavens.

END_OF_DOCUMENT_TOKEN_TO_BE_REPLACED

The Warrior gets swimming lessons of patience and self-sacrifice from the God of the Sea—such as, reaching the top isn’t as important as HOW you get there. Brusque bureaucracy will demonstrate a tinge of otherworldly compassion.

As a whole, we will have a better flexibility today, for Mutable Pisces will help bend Cardinal Cappy’s staunch discipline.  Making a rather pliable go-get’um attitude that can roll agilely with the punches.

Our sense of how it all works will be heightened, the big picture will be illuminated brightly. The grand scheme will come into focus—a vision the Goat can tuck away for a rainy day.

Later today, the Sun and Venus will move into Scorpio and on Saturday the 25th, two additional majors shifts occur.  Mars ingresses from Sagittarius to the 10th sign of Capricorn while Mercury begins direct motion in Libra. 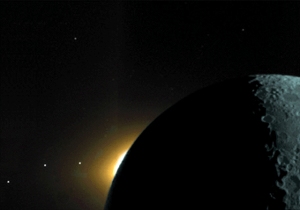 Mars in Capricorn is steady and ambitious.  The freedom loving vibe of Sagittarius is exchanged for the rigors of status, materialism and focus.

When the Warrior dons the mask of the Goat, the aim is self-motivated mastery. There is little desire to blaze one’s own trail, for the impetus is to build on tradition, work one’s way to the top of established structures. To leave an enduring legacy.

The Goat is level-headed, tenacious and self-controlled at best and cold-blooded, obstinate and dour at worst. They are skillful at the long term strategy but can run the risk of over cautious speculation.

Our dear Cappy Soldier is attracted to power which is a potent aphrodisiac and like all Earth signs, his is a sensual, strong libido. Combine this with the current positions of Sun and Venus in carnal Scorpio and the atmosphere steams up all around!!!

While in the 10th sign, the God of War will interact in major aspect with all six of the outer planets. Lots of hobnobbing with the big wigs on his agenda—just as the Goat desires.

On the same day, our dear Mercury, begins direct motion at 16º Libra. He has been retrograding since October 4th and will remain in Libra until the 8th of November. The Winged Messenger will finally move out from the retrograde shadow on the 10th at 2º Scorpio.

Mercury Direct marks the final sweep along the last half of the Relational 7th sign. We should find it easier now to incorporate all the lessons learned while Mercury once again occupies this slice of the zodiac. Thinking as a team; the art of the diplomatic debate; the charming necessity of ‘playing devil’s advocate.’

By the time the God of Thieves gets back to Scorpio, the Sun and Venus will be fully entrenched in the dark Underworld and Mars will be dueling with its Lord from Capricorn. Halloween may be over by then but the macabre ambiance of the heavens will be without a question palpable.