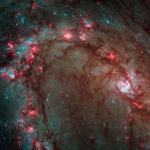 In the spring of 1988, I was 11 years old.  It was coming to the end of my sixth grade and for the first time we, the other girls in my classes and I, were able to try out for cheerleading.  The next year, we were going to middle school, no longer babies—on the precipice of being teenagers.

Life felt vital and terrifying.  This was a big deal.

I remember the greatest obstacle to trying out was convincing my strict father to sign the permission slip.  He did not look favorably on the sexual undertones inherent to being a cheerleader and was dead set against his daughter trying to be one.  I, however, astutely recognized that all the desirable females (as far as I could tell) were cheerleaders and I desperately wanted to be counted among their ranks.  I do not remember what made my dad change his mind, but eventually he did.

By that time, all the other girls had partnered up and had practiced for weeks.  I was late to the game but an older girl agreed to be my stand-in partner (she already had her own, but agreed to do the routines twice to help me out).  I scrambled to perfect the cheers and stunts.  I had always been a very physical kid, easily athletic.  I thought the worse was over (my dad’s resistance) and I was a shoo in.

So, not to be defeated, I spent the entirety of seventh grade practicing the drills when I could, after school, on weekends.  I partnered with a friend who also hadn’t made it the previous year.  We practiced.  I took the try outs completely seriously and tried to absorb all the skills I could.  My dad wasn’t an issue this go round.

Try outs came.  My partner made it.

It was a defining moment in my life.  Healthy or not (and I am well aware it is not healthy), my desirability as a woman was set in stone.  I was on the outside and repulsive.   I was twelve and the game was up.

By eighth grade, I was committed to my misfit role.  My identity was defined; a clear line of demarcation crossed.  I dropped out, so to speak, becoming a kid who wore black, listened to harder music, experimented with cigarettes and I developed a ripping sarcasm that could slice diamonds.  And I didn’t stop there.  I dove deeper and deeper, perfecting my alienation.  In fact, I soon found my tribe of simpatico cronies and together, have made a life of being on the outside.

I chose this path in answer to the gut wrenching, soul level disappointment I faced with the stamp of ‘ugly’ on my back.  ‘Reject first’, became my motto.   And I got good at it.

Alright, alright, now to the astrology.  I think I gave two shits about the matter to begin with because my Ascendant and Mars are in Libra.  I wanted to physically look good (Libra AC) and be able to move in a beautiful way (Libra Mars).  It also didn’t help the situation any that I have Pluto rising, which guarantees I knew from an early age the power in looking good and being sexually attractive.  Not making the team made me feel ugly and ugly was powerless.  Oh and I shouldn’t forget my Leo moon and the pride thing.

Ok, so that’s my natal energies that got me in the mess to begin with.  What brought it all crashing down was Neptune and Saturn crossing my Nadir while Chiron crossed my Midheaven, squaring my natal Pluto AC.

The angles of your chart (Ascendant, Imum Coeli, Descendant, Midheaven) are such fundamental, sensitive areas.  The angles are why astrologers insist on an exact time of birth for readings—without precise angles the whole thing is off.

Any time an outer planet crosses an angle, you change.  A lot.

It is a slate being wiped clean and all that is left is the minimum.  It is a built-in reset button of the universe.  Uranus shakes things to the point all the loose change falls out and you are left scurrying for quarters.  Neptune dissolves all the excess flesh, leaving bare nerve and bone.  Pluto unleashes the mother of all super volcanoes, leaving you stranded on a rock surrounded by an abyss of molten lava.

I was on the wrong course.  I was never meant to be ‘the cheerleader’.  Never.  But I was hell-bent on it.  Neptune pulled the rug out from under me, Chiron exposed a wound in need of cauterization and Saturn came along shortly to begin the rebuild.  The universe slapped my hand out of the cookie jar but showed me the cinnamon buns toasting in the oven.  Yum!

By the summer of 1989, the year I became a teenager, the core of who I was destined to be had shifted.  My identity was reshaped, the trajectory of my journey recalculated.  This quest was forced on me at a relatively early (but perfectly timed) age.  The beginning of this experience was so painful and humiliating but by the end I was more than okay.  (The ‘end’ being sometime last week—kidding!)

The disingenuous was erased and a more authentic version grew out of the ashes.  It was terrible hard work.  I had to reconstruct many notions of self, namely ‘what was beauty to me?’ and ‘who do I want to be in the world?’   Years were spent lost, wandering and fighting phantoms, but I am so proud of the woman I have grown out of that little girl.

Have you ever had an outer planet cross an angle?  Are you experiencing it now?