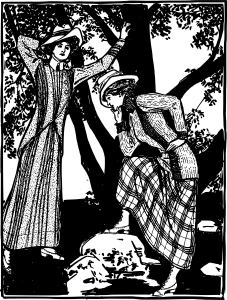 This is my third and final installment breaking down the busy day before the New Moon/Solstice which occurs this Sunday, December 21st.

And boy howdy, is this Saturday loaded for bear!!

For this post, I will concentrate on the roles the lovely Sagittarius Moon and Capricorn Venus are playing for the weekend.

First Venus Capricorn, who exacts her conjunction with Pluto at around 3:30 PM EST, will adds her charms to the thorn dynamic I blogged about earlier in the week.

Aphrodite with Pluto is intense. Whichever house this melding is happening, you are likely experiencing a fierce overhaul of the unusable and outdated, being replaced with what you find beautiful and fills your heart with comfort.

Only the best for Cappy Venus!

It is a good, good thing. Embrace it.

Together, she and Pluto (who, remember, are sextiling Chiron) then semi-sextiles the Sagittarius Moon who is also in square aspect with Pisces Chiron at the 12º.

This, ladies and gentlemen, forms another thorn!

Ah, but that’s not all—the square between the Moon and Chiron forms yet another thorn with Mars from Aquarius.

The former gives dear Chiron all the celestial mojo, and the latter gives it to the Lady of the Night.

Normally, when the Moon and Chiron hook up in tense aspect, emotions are endlessly painful, expressing them is even more painful. Queue infinite confusion and heartache.

However, the 2 simultaneous thorn dynamics here, create a stalemate—both ends of the square are softened by semi-sextiles and sextiles.

It basically comes down to a standoff between Aquarius Mars and Capricorn Venus/Pluto.

I would say it is as close to a draw as you can get—action and strength (Mars) coupled with grace, drive and power (Venus/Pluto) fuse to aid Moon/Chiron in their treacherous task of first feeling and finally conveying accurate emotional experience.

We have the combined opportunity this New Moon, to utilize the God of War in initiating steps toward spiritual/ psychological healing, as well as implement the Goddess of Love to attract situations, albeit intense, to cathartically express our pain. Double whammy!

Though don’t worry, this is a passing influence since the Moon moves so quick through an aspect.

Speaking of fast, this is not even close to everything the prolific Luna does before meeting Sol in conjunction on Saturday.

Let me just give you a short roll call to illustrate (all times are EST):

So, there we have it.

Nothing left to do but bring on the Solstice!!!